Our CEO, Dan Price, was honored with being one of The Today Show’s “Voices of 2015”. Below is an essay he wrote reflecting on the human impact of the $70K decision. We’d love to hear your thoughts and your answer to the question, “What is the one thing for which you’d be willing to sacrifice everything […] 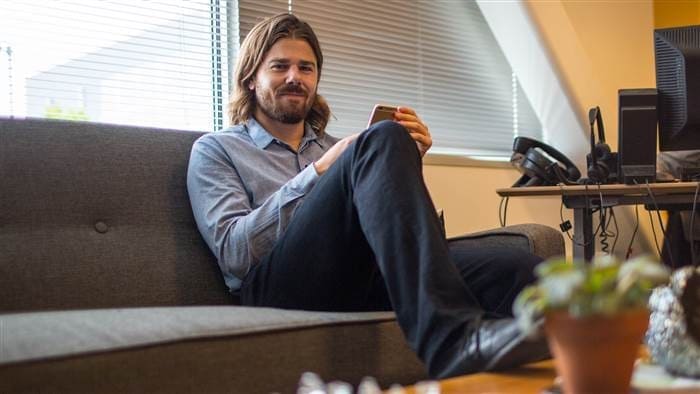 Our CEO, Dan Price, was honored with being one of The Today Show’s “Voices of 2015”. Below is an essay he wrote reflecting on the human impact of the $70K decision. We’d love to hear your thoughts and your answer to the question, “What is the one thing for which you’d be willing to sacrifice everything else in your life?”

What is one thing for which you’d be willing to sacrifice everything else in your life?

One concept that pushed me on this journey was the fact that Mark Zuckerberg is my age. When people tell me that I am successful, I point to Mark. How could I ever call myself successful when compared to Facebook? I can appreciate the fact that I will never be as financially successful as Mark Zuckerberg. This doesn’t bother me, but it has prompted me to look for a different way to compete. I know there will always be someone with a stronger financial position, and there will always be someone in a worse financial position, so how can I call myself successful or unsuccessful? The thought of spending my life chasing this one type of fleeting success just was not appealing.

My life’s work is to completely revolutionize the way business is done. It shouldn’t be about maximizing dollars, but instead about purpose, service and people.

When I reflect back on 2015, I am reminded how that definition of success provided me the ultimate test of character. During a hike in late March, my friend Valerie confided in me about a $200 rent increase that was rocking her world. She was making $40,000, worked fifty hours a week and managed residential properties on the side to make extra money. She could give up her car, but that would mean giving up the income she took in from the property management job. There wasn’t anything in her budget she could sacrifice. At the time, I was making $1.1 million. And, perhaps lacking a little perspective, I had a hard time understanding how a measly $200 could disrupt someone’s life. It wasn’t until I visualized the spreadsheet of salaries of my team members at Gravity that mental dominoes began to fall.

About one-third of my team was making less than Valerie.

I started asking questions. What were they sacrificing? At the time I didn’t know the answer, however I would later discover that some were living without running water. They were sleeping on friends’ couches, commuting over an hour to work, waiting to start a family until they could afford it and taking money out of their 401(k) to pay their bills.

These were people whom I said I valued and cared about. They were people who stayed up all night in their pajamas answering phone calls from clients, canceled Friday night dates to help merchants in emergencies and went outside of their job description to make sure the independent businesses we served achieved incredible success.

And they never complained.

With that in mind, I started asking myself some questions. How could I pay somebody who cancels a Friday date to help a client less than what Valerie was making? Every day, I was actively chipping away at the well-being of my team. How was that right?

I knew what I had to do. I had to draw the line somewhere. I wasn’t sure exactly where it would be, but I knew it had to represent a significant shift. The change had to be bold. There had to be a new floor — a new minimum wage at Gravity.

In April, I announced to my 120-person team that our company minimum wage would be $70,000. After the decision began to make news, we were completely blindsided by the attention. On social media, there were over 500 million interactions with our story in the first two weeks alone.

But I didn’t make this decision for likes, tweets or comments. I did this because it was the right thing to do for my team and my clients.

It was a moral imperative. It has been my conviction to always put Gravity’s clients’ needs ahead of our own. It was my honest belief that imposing a new wage would not only impact my colleagues’ quality of life, but also improve the success of our clients.

By eliminating the distraction of “Will I have running water this morning?”; “When am I going to be able to finally afford to start a family with my spouse?”; “Is my car going to make it through the hour commute home?”; “Am I going to be able to afford rent this month?”, my team has turned their job into an extension of their values, rather than a place they go to make ends meet.

Everyone is waiting for the verdict of this crazy, noble — maybe naive — experiment. Some are rooting for us; others are waiting for us to trip. But my 133 teammates and I are hell-bent on working as hard as ever to achieve our mission.

Or will a force for good win out in the end? Will other companies follow our lead? Will this be the beginning of a revolution where business ceases to be about financial engineering and greed and is instead about values and integrity?

I hope so, but no one knows.

Least of all, us.

If you’re a small business owner and want to know how Gravity Payments can help you reduce the cost and headaches of accepting credit cards, feel free to get in touch with us.